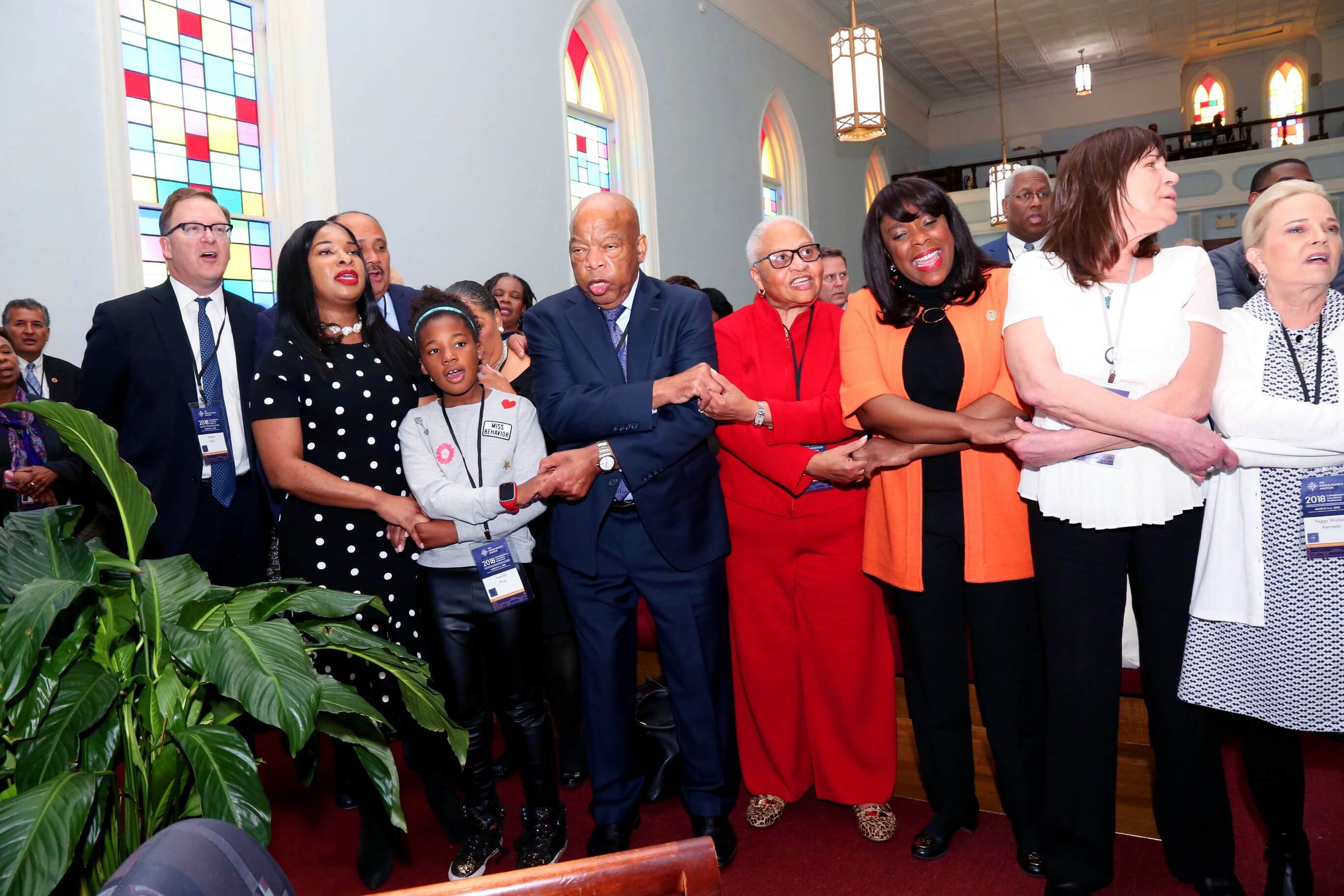 Building a stronger democracy where all Americans have a fair voice

Since John Lewis led a march across the Edmund Pettus Bridge 53 years ago, Alabama’s 7th Congressional District has led our nation in the fight for voting rights. Today, our battle for the ballot is far from over.

Across the country, state and local lawmakers are using new voter suppression strategies to keep working families and historically marginalized people from having a fair voice in our elections. From voter ID, to gerrymandering, to polling place cuts, these tactics are designed to silence the voice of American voters.

Our elections should be free and fair, which is why I am leading the fight to restore the Voting Rights Act (VRA). In the House, I am the lead sponsor of the Voting Rights Advancement Act, a bill to restore the VRA, which has the support of more than 180 Representatives as well as citizen groups across the country. As co-chair of the Commission to Protect American Democracy, I have also worked to expose Trump’s fake claims of voter fraud in the 2016 elections for what they are.

Generations of Alabamians fought, bled and died for our right to vote, and we have an obligation to remember and honor their story. I was honored that my first piece of successful legislation recognized the “Four Little Girls” who tragically lost their lives during the bombing of the 16th Street Baptist Church in 1963. The Congressional Gold Medal bill I introduced passed unanimously in both houses of Congress and was signed into law by President Barack Obama on May 24, 2013. I also sponsored a successful Congressional Gold Medal bill honoring the Foot Soldiers, whose courageous march from Selma to Montgomery led to passage of the Voting Rights Act of 1965. My bill honoring our Civil Rights and Voting Rights Foot Soldiers was signed into law by President Obama on March 18, 2015.